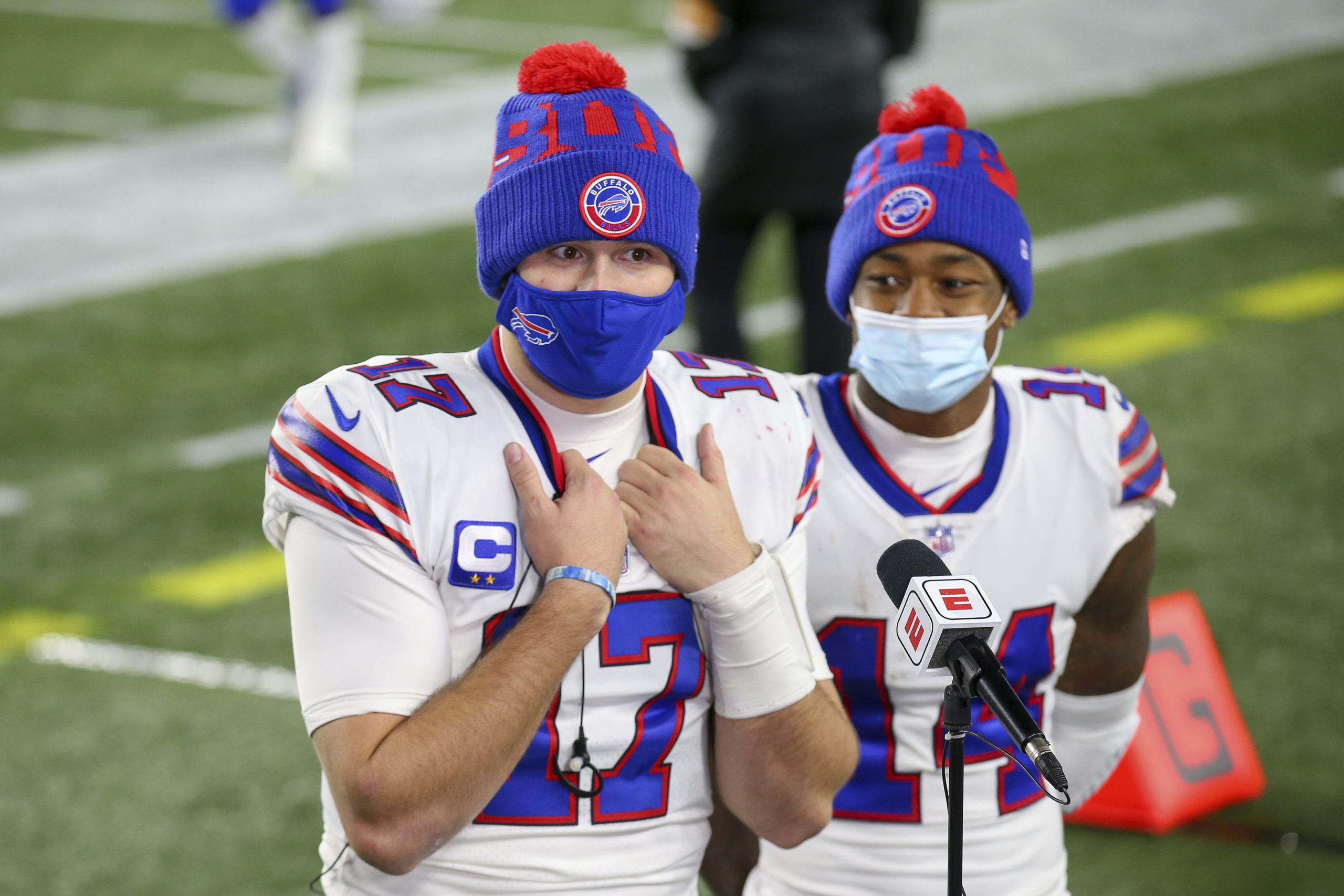 The easiest way for Vikings fans to assess the Stefon Diggs trade is to point out that Minnesota selected Justin Jefferson with the first-round pick they got from Buffalo and say both teams should be happy with their return.

Jefferson, the 22nd pick last April, had had a season that could earn him NFL Rookie of the Year honors. He will enter the Vikings’ finale on Sunday with 79 receptions for 1,267 yards and seven touchdowns in 15 games. His catch total is more than any Vikings rookie has ever had, including Randy Moss.

All of that is impressive and the Vikings should be absolutely thrilled to have Jefferson. But ending the conversation by saying the Bills and Vikings both came away winners is to miss the most important part of the discussion. That is the fact no matter how flawed Diggs’ methods might have been in how he forced his way out of Minnesota, he is now the superstar wide receiver on a 12-3 division-winning Bills team that destroyed the New England Patriots, 38-9, on Monday night.

Afterward, in a postgame interview on ESPN, Diggs and quarterback Josh Allen stood side-by-side as the former made the case for the latter to be named NFL MVP. Diggs wore a look of satisfaction that we never saw last season as he realized his role in the Vikings’ offense was never going to be what he wanted. That is why Diggs disappeared from the team for two days following a Week 4 loss in Chicago — he was fined over $200,000 — and why he tweeted “it’s time for a new beginning,” hours after quarterback Kirk Cousins agreed to a contract extension with the Vikings in mid-March. Hours later he was traded to Buffalo for four draft picks.

There is no evidence that indicates Diggs’ unhappiness was ever about Cousins, but there also is no indication that he felt the same way about Cousins as he does Allen. What is clear is the way Diggs feels about Bills coordinator Brian Daboll and the way he runs his offense. This isn’t so much a reflection on Vikings offensive coordinators such as Kevin Stefanski or Gary Kubiak, as it is Diggs’ distaste for how much head coach Mike Zimmer loves the running game and detests putting the game in the hands of his quarterback (and thus receivers).

“People have a common misconception that I don’t love my old team,” Diggs told ESPN in a feature that ran this month. “I have nothing but love and respect for those guys. But where they were and where they were headed … in my eyes, it wasn’t going to be in the best interest of my career. As a receiver, if you want to have success, you’ve got to catch the ball.”

The hero of the Vikings’ improbable playoff victory over the Saints in the 2017 playoffs, Diggs signed a five-year, $72 million contract that included $40 million in guarantees before the 2018 season. But after catching 102 passes on 149 targets for 1,021 yards and nine touchdowns in 2018, Diggs’ numbers fell to 63 catches on 94 targets for 1,130 yards and six touchdowns last season. It wasn’t just that Diggs was sharing top billing with wide receiver Adam Thielen in Minnesota either. Zimmer also had fired new offensive coordinator John DeFilippo after Week 14 in 2018 and replaced him with Stefanski, who he knew would be more dedicated to the ground game.

In 2018, the Vikings attempted 606 passes (sixth in the NFL) and ran the ball 357 times (27th) in an 8-7-1 season that finished without a playoff berth. In 2019, those numbers changed to 466 attempted passes (30th) and 476 rushing attempts (5th) in a 10-6 season that ended with a second-round playoff loss in San Francisco. If anything this made Zimmer more emboldened when it came to his beliefs in how an offense should operate. Diggs, however, wanted no part of being a supporting player in the Dalvin Cook Show.

“I’m not gonna say [they were] peeing on me and telling me that it’s raining,” Diggs told ESPN of his conversations with the Vikings. “That’s a little bit harsh. … But something like that. … Once you don’t have trust with a person, it’s hard to do business.”

It hasn’t been difficult for Diggs to do business in Buffalo. He had a monster game on Monday, catching nine of the 11 passes Allen threw his way for 145 yards and three touchdowns. His 120 receptions, on 158 targets, and 1,459 yards in 15 games all lead the NFL and he also has eight touchdowns. This is what Diggs envisioned when he began to realize the Vikings prefer an offense that draws on many principles from the mid-1990s.

The Vikings are fortunate general manager Rick Spielman was able to get so much in return for Diggs, especially when you look at what Houston received from Arizona in the trade that sent star wide receiver DeAndre Hopkins to the Cardinals last offseason. The Vikings got a 2020 first-rounder (Jefferson), along with fifth- and sixth-round picks in 2020 and a fourth-rounder in 2021. The Texans, in a deal made by former GM and coach Bill O’Brien, got veteran running back David Johnson, a 2020 second-round pick and a fourth-rounder in 2021.

But simply getting a quality return for Diggs doesn’t make it wise to turn the page on this story and act like everything is fine. The Vikings really need to look at why a one of the NFL’s best wide receivers — in a league that embraces offense — was so eager to get out of town and what they can do to avoid a repeat. Diggs’ success, and what he had to say about the Vikings, likely has been noticed by many and that includes Jefferson.

As a first year player, Jefferson isn’t going to say much about his role and his rookie year stats have been impressive. But if the Vikings’ offensive philosophy remains the same, and Diggs continues to put up huge numbers in Buffalo, Jefferson is quickly going to realize he can have a much bigger impact elsewhere. The Vikings will enter Sunday’s game ranked eighth in the NFL with 437 rushing attempts and 27th with 476 passing attempts. The Bills are far more balanced — 12th in passing attempts (558) and 19th in rushing (386).

So will Zimmer change by looking to give Cousins the keys to the car, Jefferson (and Thielen) more opportunities and decrease Cook’s usage? That seems like a long shot. Jefferson, however, is a special talent, as is Diggs, so it might be wise for the Vikings to at least consider having a heart-to-heart with their coach before another top talent decides shuffling off to a place like Buffalo beats playing in purple.