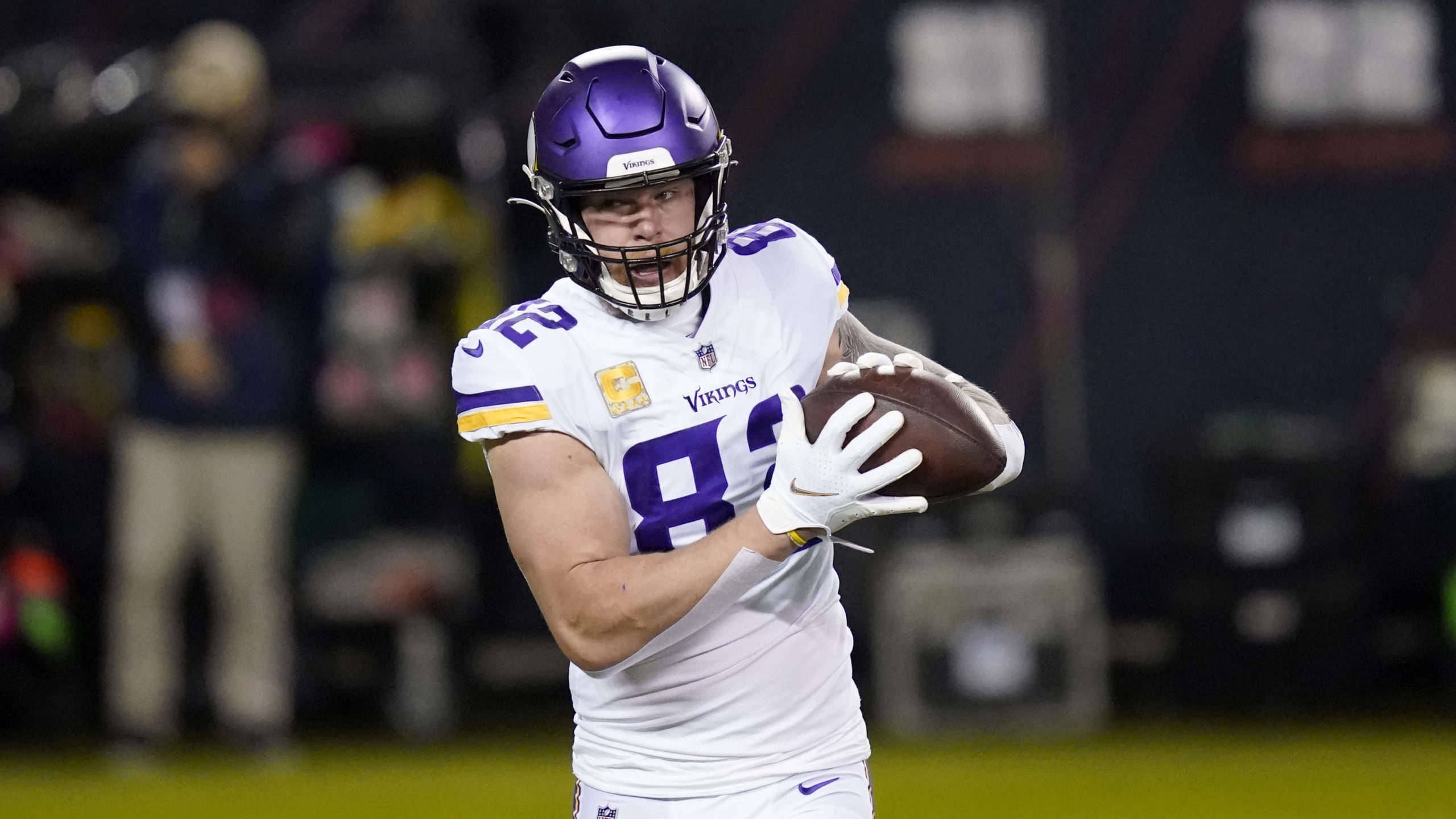 The Vikings began to free up salary cap space for the 2021 season on Tuesday by releasing tight end Kyle Rudolph after 10 seasons. Rudolph, 31, was set to make a base salary of $7.65 million next season and would have counted $9.4 million against the cap. The move will count as $4.35 million in dead money against the cap but save the team $5.1 million.

The NFL free agency period will begin at 3 p.m. on March 17.

Rudolph was taken in the second round of the 2011 draft by the Vikings and had 453 catches for 4,488 yards and 48 touchdowns in 140 games and 132 starts in Minnesota. Rudolph, who had been signed through the 2023 season, had 28 catches (the fewest since his rookie season) for 334 yards and one touchdown in 12 games last season. He missed the final four games because of a foot injury.

“From the moment we drafted Kyle as a young man out of Notre Dame in 2011, through his 10th season with the Vikings in 2020, he has been one of the premier tight ends in the NFL and most influential and positive leaders I’ve ever been around,” Vikings general manager Rick Spielman said in a statement issues by the team. “Kyle and (his wife) Jordan have made such an immeasurable impact on our team and community that may never be matched. The energy they have invested in the community, most notably through the End Zone at the University of Minnesota Masonic Children’s Hospital, is truly remarkable. I admire Kyle and we will miss him and his family. We sincerely wish them the best.”

The Vikings’ top two tight ends to end last season were Irv Smith Jr., and Tyler Conklin, meaning the decision to release Rudolph was not a difficult one from a football standpoint.

“Kyle has been a leader and mentor for us on and off the field from the first day I arrived in Minnesota,” Vikings coach Mike Zimmer said in a statement issued by the team. “He has been such an important part of this team and community throughout his career and it has been an honor to coach him the last seven seasons. He will be missed, and we wish him and his family nothing but the best.”

Rudolph wrote this piece for the Players’ Tribune.

Thank you Minnesota!! Although my time as a Viking has come to a close, my time as a MINNESOTAN is just getting started! https://t.co/eb2aP3O4vo